Heino Lillepuu (1937-2013) used to create art in series - he depicted events and heroes from Estonian history and his attitude towards our society was rather critical. Some of his series consist of more than 60 naive pictures. During his life Lillepuu worked as tractor driver, driver, harvester driver, locksmith and carpenter. When retired he decided to capture Estonian political life and history in his paintings and carve it into wood, and add comments - when necessary. In 2017 Heino Lillepuu's relatives donated more than 200 of his paintings to Kondas Centre. 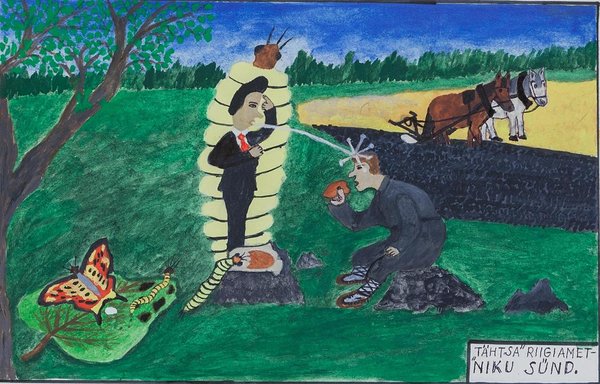