Alma Maar comes from the Tõstamaa region; she has worked as a teacher and also taught art and crafts classes. She has worked in Hiiumaa, Pärnu, and most recently, at Are Basic School, where she also instructed extracurricular art classes.

The figures have been created using a unique technique, which combines sculpture and doll-making. The miniature figures are removed from the world of dolls for a simple reason: they are not made for touching or playing, opening up a fantasy world or a fairy-tale world. These miniature human figures are connected with real life. However, a parallel with the world of play still remains, and quite easily, the visitor can imagine a symbolic big hand that arranges everything at its own discretion. The rules of the game are set, and then you have to fasten the seat belt to make the correct choices in the turbulence of life. This game world is inspired by the faces of the figures and their actions that are still in people's memory. The detailed, precise elements in the figures are an evidence of the author's fine craftsmanship and make the audience smile with recognition.

The exhibition “Statesmen” is a statement of respect to people who every day contribute to the functioning of our state, and a homage to the republic that all these people represent.

In the year of the 100th anniversary of the Republic of Estoni, we all wish we would become better versions of ourselves, as this would benefit our country and our next of kin. 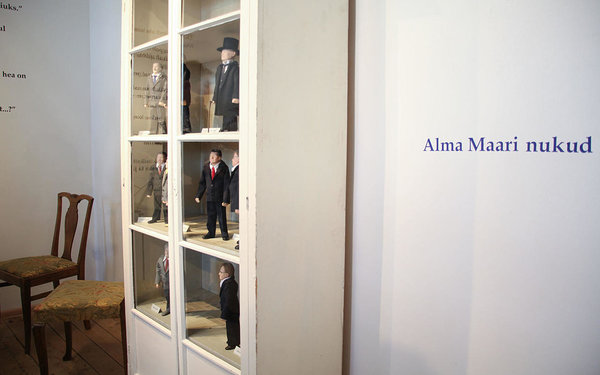 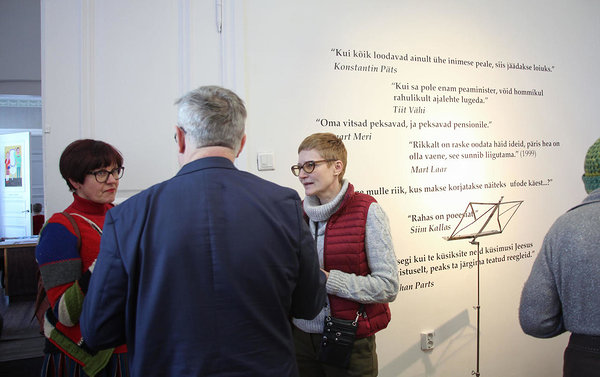