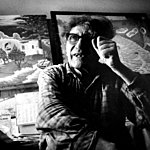 Our permanent exhibition brings to you paintings made by Paul Kondas, the most famous self-taught artist in Estonia; paintings belong to the collection of Museum of Viljandi.

Paul Kondas was born on March 31, 1900, in Uue-Põltsamaa parish, in Pauastvere (now renamed Uue-Põltsamaa), as a son of a local farmer. During 1921-23 he studied law and commerce at Tartu University. After that, in 1924, he left university and obtained pedagogical education in Valga.

He worked as a teacher and a schoolmaster in Suure-Jaani, Viljandi and Raudna until 1961.

Paul Kondas believed strongly in the beneficent and life-changing power of art. This explains his lifelong devotion to fine arts (painting, music, literature, theater and sculpture). Due to the practical needs of school theater he even developed his own theater theory. Kondas also wrote poetry and dramatic plays, he played different musical instruments (violin, piano, cello, flute, trombone etc.) quite well. Besides that, he was enthusiastic fisherman and hunter and loved to spend his time in nature.

Kondas created the bigger part of his paintings during the Soviet Era. Kondas made his naive paintings from mid-1950s to early 1980s (about 40 paintings). Usually he spent quite a long time with one painting and worked in isolation from other people. Kondas’ paintings express childlike simplicity and present plenty of realistic details; thematically, however, they have several layers and are often allegorical. In many pictures, we can observe the artist’s vision of Paganism; the pictures depict mythical places, characters and events from traditional Estonian folk tales.

During his lifetime Kondas' work was presented in the World Encyclopedia of Naive Art (published in 1984) along with 700 other artists from all around the globe. His hometown public first saw his paintings at the end of 1988. In 1979, the Estonian film-maker Mark Soosaar made the documentary ‘Weekend Painters,’ which featured Paul Kondas among other artists. Paul Kondas died in Viljandi on August 7, 1985.

Viljandi Museum bought 26 of his paintings (6 of the paintings were double-sided) in 1986. 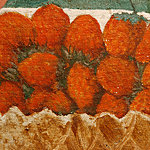 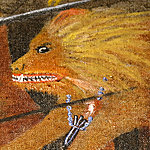 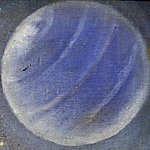 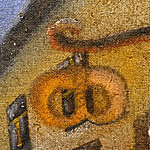 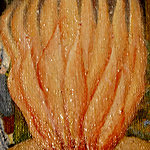 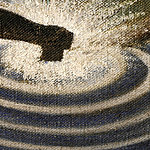